Many are not aware of the existence of a service offered by WhatsApp to make payments: this is mainly due to the fact that the service in question is still undergoing beta testing in India and Brazil, although it is true that, in India, WhatsApp has received excellent results, and the same scenario occurred in Brazil.

Facebook, the company that owns WhatsApp, has been trying to enter the financial sector for years, with poor results and WhatsApp Pay is one of these many attempts; but now things are changing and it seems to have a better image thanks to this novelty. In fact, after having being rejected several times by the National Payments Corporation of India  (NPCI), it has finally obtained approval to be launched in the Asian country.

India thus becomes the first country in the world where users are able to make payments via WhatsApp simply by sending a message, but the story does not end there since, in order for WhatsApp to have the possibility to offer this new service in India it had to go through arduous legal disputes, which lasted two long years and, as a result, its approval was a big step for the instant messaging company, thus definitively opening a window to the financial world.

On the other hand, we have seen recent advances in the WhatsApp platform to ensure that this service is also shared in Brazil: we know that WhatsApp Pay is closely linked to Facebook Pay and that Brazil has really complicated legal processes to fully open up to this novelty. One of the main reasons why they decided to welcome the service before the rest of Latin America is because of the large market offered by this country, which allows WhatsApp Pay to grow and become popular in no time.

So, on June 15th 2020 WhatsApp Pay became available in Brazil, after several months of testing in India: if obviously the service proves to be a success, it could be extended to the rest of Latin America and to the countries of the first world, thus generating excellent expectations.

What is WhatsApp Pay?

In 2018, WhatsApp had the great idea of inventing a service where you can pay and collect money with a single message, giving life to WhatsApp Pay. In fact, this service allows you to do what we said earlier, that is send and receive money by means of a simple and instant message from the app. This tool is based on services like Bizum and, perhaps, by gaining popularity it would become a great tool to use for your business and daily life.

It should be noted that this service is designed for companies, large and small businesses, to make instant and fast payments, without the use of cards or codes, becoming an excellent add on to WhatsApp Business, which integrates perfectly with the business concept that this app provides. 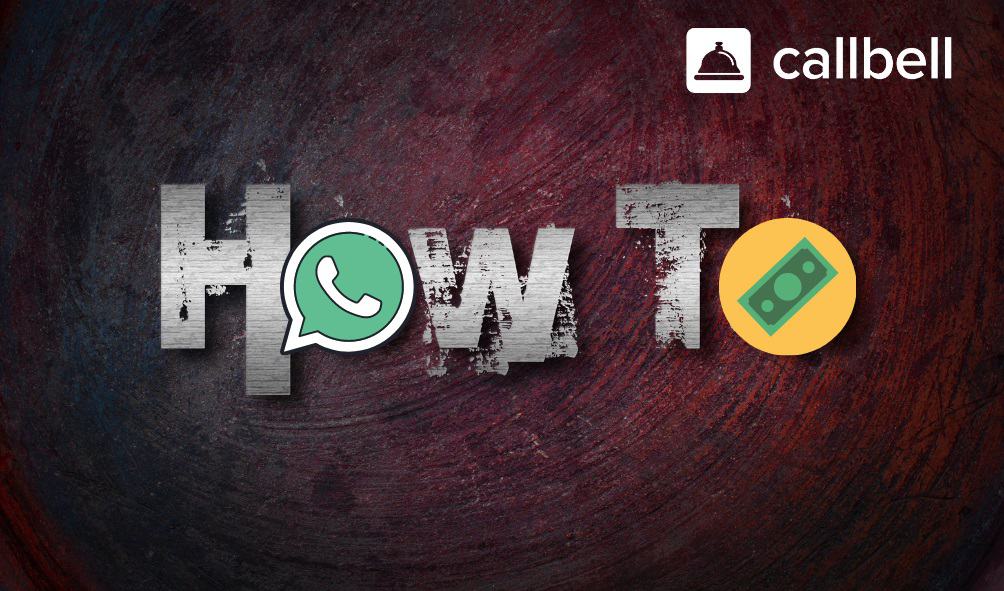 How do you make payments via WhatsApp?

This service is closely linked to Facebook Pay and, above all, payments made via WhatsApp will be a very useful tool both for small and large businesses and for companies in general.

First of all, transactions can be made between accounts of family and friends, these can be of any type, for purchases, debt payments or just gifts. On the other hand, you can also make payments to businesses in a very simple, fast and secure way. The goal is to make these transactions as easy as possible, like sending a text message.

As of now, WhatsApp Pay requires very few steps to be immediately usable: first, you need to create an account on Facebook Pay and WhatsApp Business to receive payments from any type of card; and the accounts must be linked.

In fact, the company has specified that there will be no commission of any kind for transactions between family and friends. However, for cross-business purchases, the fee will be 3.99%.

What are the limits for WhatsApp payments?

For now, it appears that the transaction limit for receiving or sending money is $200. This has a great advantage because it will be possible to carry out up to 20 transactions per day, as opposed to the limit of $1100 per month provided for with the use of debit and credit cards.

For now, users in Brazil are the only ones who can enjoy payments that can be made through the app but, little by little, it will also spread to other parts of Latin America and the whole world. We’d also like to share a video with you, in Portuguese, explaining how this new feature will appear within the app, which will be added in the shared document options as “Payments”

In this new feature, different levels of security have been developed, such as entering a PIN or a fingerprint, to authorise transactions, just like when we buy something on Google Play. 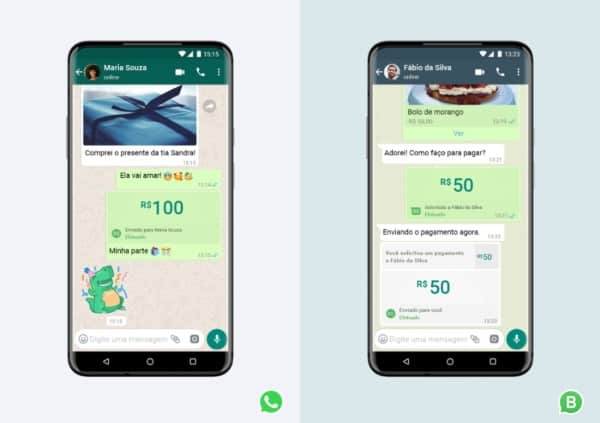 WhatsApp Pay in India and Brazil

Now we’ll tell you what happened in India and Brazil regarding WhatsApp Pay, so as to understand the general context of the situation.

As mentioned earlier, WhatsApp has had two long years of legal practices to be approved in India; however, after this period it became a success and gained a good reputation. India has a very large population and, for this reason, WhatsApp has decided to launch a new service in this country which, having been very well received, they have decided to disclose also in Brazil, despite the completely different situation.

The situation of WhatsApp Pay in Brazil is a little different from that of India: here, in fact, a few months after its launch, the bank that deals with regulating WhatsApp transactions has decided to close the service to further verify its legality. However, this made the functionality even safer for the general public, allowing WhatsApp Pay to be re-launched on the market.

After experiencing a delay due to the service block, the app finally received permission from Brazil. The Brazilian central bank has approved the use of WhatsApp Pay for financial transactions.

Where can WhatsApp Pay be activated?

For now, WhatsApp Pay is only available in some countries, however it is expected that it will soon be updated and will open operations in all countries of the world, including Latin America, as they are very safe countries, besides India and Brazil were it has been operate for some years now.

Where is WhatsApp Pay available?

– India, where it has been operating for at least a year.

Where will it be available soon?

If you need more information about this service and are located in India or Brazil, you can read this. 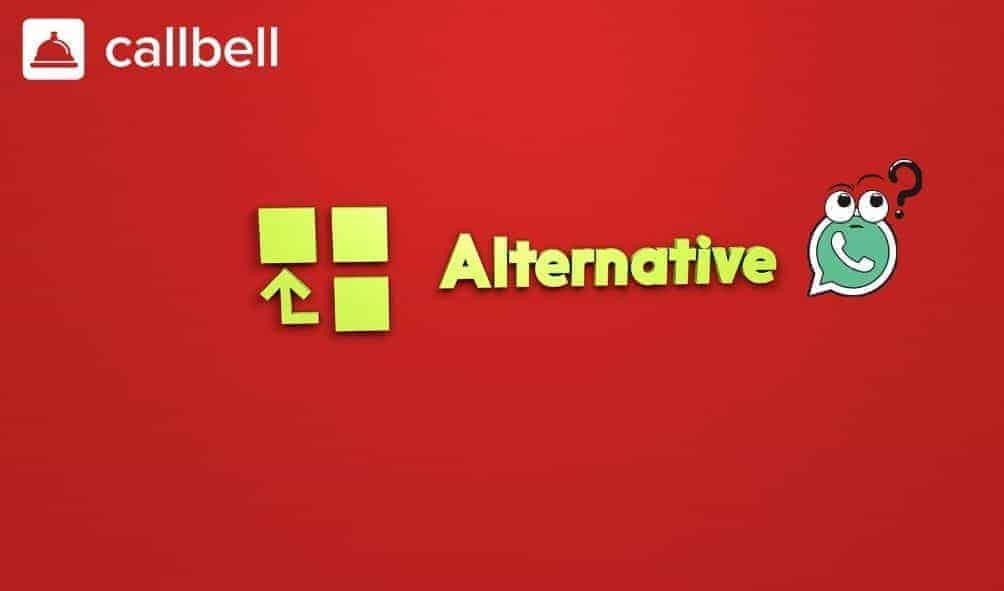 As an alternative to WhatsApp payments we have 5 to recommend, as they might be useful for you and for the projects you are carrying out. We list them below for you to decide which one is best for your needs.

Paypal is one of the most popular payment services and above all one of the most durable. It allows you to make transactions in a few seconds even to your contacts, either with the balance available on our PayPal account or by connecting it to our bank account. We can also send a PayPal.me link to our contacts, allowing for even faster payments. Some companies also allow payment with this service, possessing QR codes for this very purpose.

Another pioneering app when it comes to financial transactions via smartphone is Twyp. This is a payment system by ING Direct bank, usable by everyone: it is not necessary to belong to that particular bank.

The app integrates with Apple Pay and Google Pay, allowing you to send money, get discounts at stores and gas stations, and a really well done and interesting group payment system.

This app allows you to send and request money from friends quickly and easily. It has a calculator that divides the expenses between the group of friends, so that one of them pays and the others automatically send their part.

The Verse balance is immediately transferred to your bank account and is available for both iOS and Android.

This app allows you to send money instantly, it is one of the most used Neobanks in the world and it is quite easy to top up money directly in the app. Bank transfers can be made quickly to the account and money can be transferred into other currencies without any fees as long as the limit of € 1000 per transaction is not exceeded. 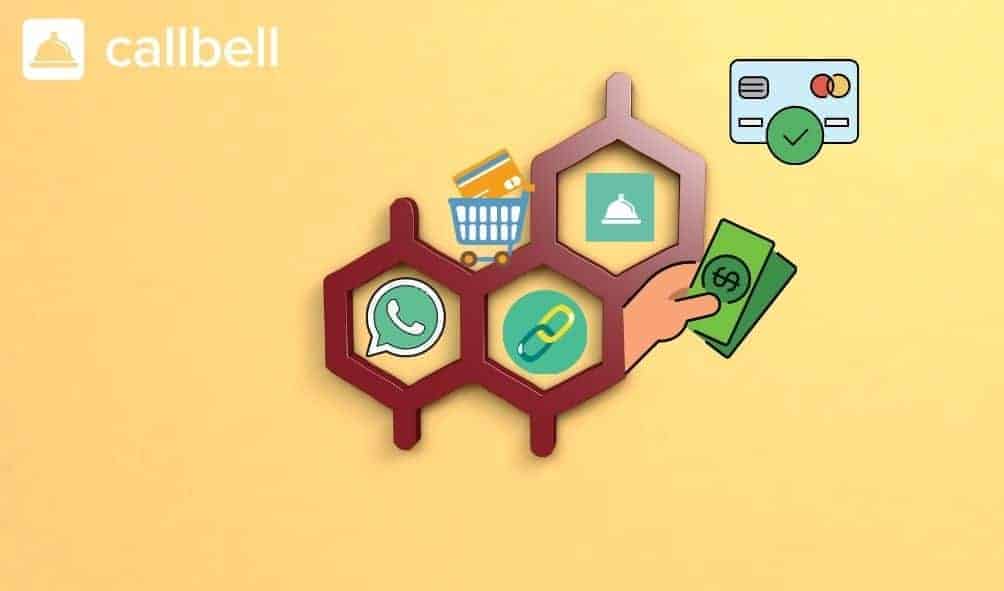 Callbell and payments via WhatsApp

If you are from Brazil or India, Callbell will surely be a tool that will help you scale your business in an amazing way as WhatsApp can process your customers’ payments directly, but Callbell can give you the ability to serve all your customers with a multi-agent team and a single WhatsApp number, creating a perfect combination.

Even if you are not in a country where WhatsApp Pay is available, you can always use manual alternative methods to collect payments for your products, this service is very effective for sales and service teams and e-commerce.

If you want more information, you can visit this link where we share all the benefits that Callbell has reserved for you.

What is WhatsApp Pay?

In 2018 WhatsApp had the great idea of ​​inventing a service where you can pay and receive money with a single message using the WhatsApp platform, giving life to WhatsApp Pay. This is a service that allows you to do what has just been described: to send and receive money via a simple and fast message from the app.

How do payments via WhatsApp work?

This WhatsApp service is closely linked to Facebook Pay and, above all, payments via WhatsApp are a very useful tool for both small and large businesses, companies and individuals alike.

Where can WhatsApp Pay be activated?

So far, WhatsApp Pay is only available in some countries, however it is expected that, with the next update, it will possible to extend the possibility of carrying out these operations in all countries of the world, including Latin America. WhatsApp Pay, in fact, is already active in India and Brazil, highly secure and effectively active places.

What will be WhatsApp’s payment limits?

It appears that the transaction limit for both receiving and sending money will not exceed $200. However, it is possible to carry out up to 20 transactions per day and, in this case, up to $1100 dollars per month will be allowed in transactions using debit and credit cards.

About the author: Hello! I am Alan and I am the marketing manager at Callbell, the first communication platform designed to help sales and support teams to collaborate and communicate with customers through direct messaging applications such as WhatsApp, Messenger, Telegram and Instagram Direct

How to use WhatsApp on multiple computers

How to use the WhatsApp Business API

How to use Telegram to provide customer support